Sending Mason to edit – or – the big meltdown

This morning I sent the manuscript for Mason off to the editing service.

Those of you who have been with me through this before know this is when I start to fall apart. I think the only thing holding me together right now is the knowledge that I have to jump into the next book immediately for my self-edit, because I only have twelve days before it goes to edit. Back-to-back, #RWMC books #6 and #7 will flow through the process. Because I’m craZy like that.

I sent her this:

What if they hate it? What if I didn’t do Mason right? What if it’s sooo far off what people expect, what they want, that they are like that one chick on the review site who hates Mason?

Yes, there’s a chick who seems to hate Mason, and that’s honestly okay with me, because not every book is for every person. I get it. But it stings, because he’s so much more than a character to me.

And, here’s why Hollie’s my bestie. Because she gets me. She calls me on my bullshit, and makes me step back and look at things.

Yes, I love the story. It ties so many pieces together for me in a way that even I didn’t see six months ago. A year ago when Mason made me begin putting his story on paper, I never would have guessed how involved things would be, but I love it!

Hollie: 2) What if I didn’t do Mason right? … There is no right or wrong. Mason wrote himself. If he went in a direction they don’t like, that’s not your fault. He’s a demanding, controlling, beautiful man. If they can’t accept him for who he is, you can’t control that.‏

It’s hard to express exactly how Mason sounds in my head. He’s frustrated a lot, because he can see where things need to go but the pieces don’t want to fit together as quickly as he wants. He gets frustrated even with my writing, I have a dozen deleted scenes where I tried too hard to steer the storyline into something I thought would be good for character A or B, and Mason grabbed the reins back and took us where we needed to go. I likened writing him to being in a boat, because I’m not steering, I’m simply attempting to bail fast enough that we don’t become swamped during his maneuvers.

Hollie: 3) What if it’s sooo far off what people expect, what they want, that they are like that one chick on the review site who hates Mason. … Excuse me but the bitch is still reading the books, isn’t she?‏

Let’s back up to the original state of things … You are writing these for yourself. It doesn’t matter what anyone else thinks in the long run. It matters only what you think. Do you love him? 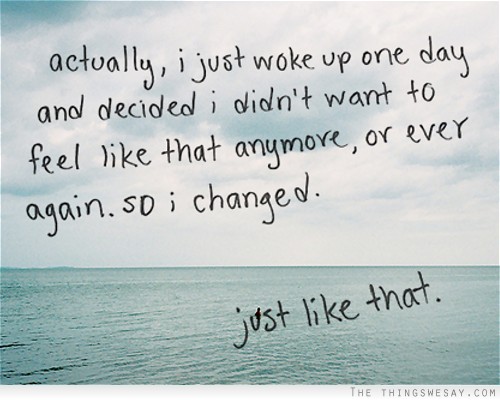 Actually, I just woke up one day…

Do you love him?
Hell, yeah, I love him!

Hollie: So … the people who hate him … fuck ‘em. They just aren’t willing to see the truth about his life, the man deep within. Or they recognize him and it scares them. You can’t fix either scenario.‏

I do love Mason. He is exactly who he grew to be in my head. A man who triumphed over a harsh beginning, found his way the best he could in trying circumstances. Then, using what he knew, what he had been taught by some of the most vicious teachers, he found the rightness and ability to lift himself up and in doing so lifted the people around him.‏

He made mistakes, learned from them. Changed his path. Like I wrote last year, change happens because you make it happen. No coasting allowed, not in this life, certainly not in the one Mason wrote for himself.

Wake the fuck up and decide if you want to be where you are, who you are. If you aren’t, then change. Just. Like. That. 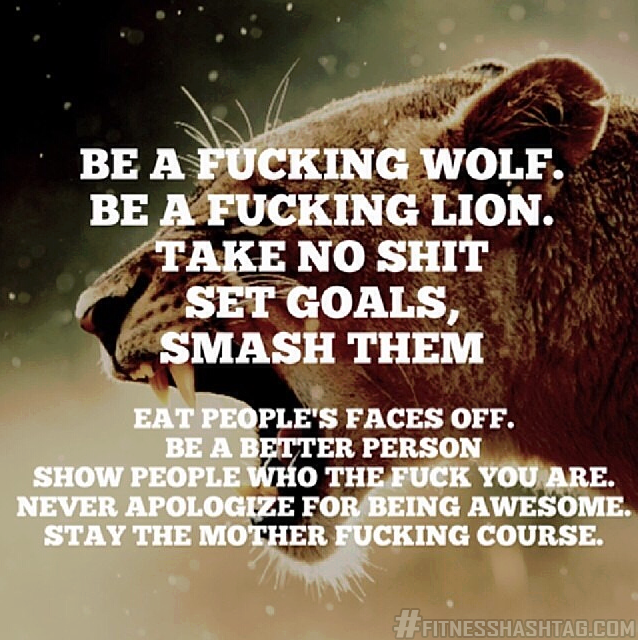 Be a fucking wolf

Here’s another saying that would resonate with Mason. I know it does with me, “Be a fucking wolf. Be a fucking lion. Take no shit. Set goals. Smash them. Eat people’s faces off. Be a better person. Show people who the fuck you are. Never apologize for being awesome. Stay the mother fucking course.”

Some folks might not like Mason’s story, and that’s okay. Because, as much as I appreciate you reading and loving (or hating) the characters, Hollie’s reminded me that I don’t do it for you. Every single day you make my life better, but that’s gravy, like getting cake you didn’t expect.

That’s not why this journey began. It started with a persistent dream, and a desire to change myself. I think as long as I don’t lose sight of that, everything’s going to be all right.

Just. Like. That. Stay the mother fucking course. Take a fucking chance.