WITH MY WHOLE HEART SERIES 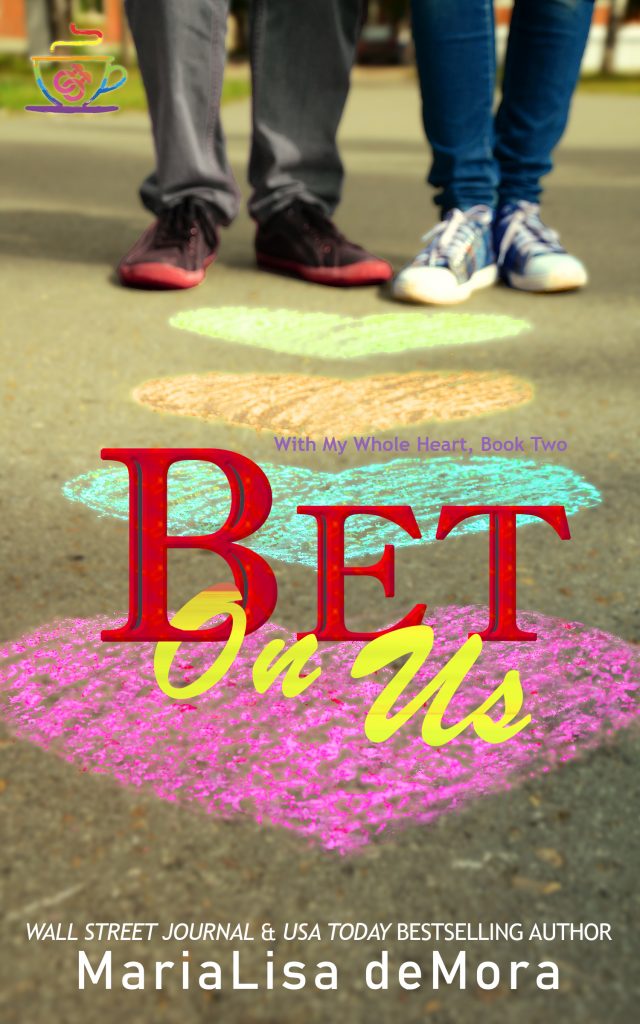 With My Whole Heart, Book Two

Jericho Conway is the type of son most people would be proud of. He doesn’t cause trouble, keeps his head down, does whatever’s asked of him, contributes to the family, and doesn’t talk back to his mom. They’ve been on their own for as long as he can remember, and he’s always done his best to take care of her—lately that’s in spite of his stepdad.

Jericho’s a way-too-mature-for-his-age fifteen (and a half), and he’s feeling stuck in the small community outside Knoxville where they live. Stuck, because no one here is quite like him. He’s different from his classmates, has been all his life, but what sets him apart is one of those secrets that can’t ever be brought to the light of day.

Then his stepfather stumbles onto his secret. And Jericho’s right. There’s hell to pay.
———
Eeerrrrkkk. <–That’s the sound of a screeching halt.

Okay, okay. As the person writing the description, I know Bet On Us might not sound like a totally romantic story right off the bat, but it really is! On the one hand, there’s Jericho himself. He’s amazing, promise. And strong, so very strong. On the other hand, we’ve got his uncles, who would do anything for him. In Trent and Jacob we’ve get to see this strong and loving couple with deep family ties, especially when you factor in Jacob’s sister and her family. (That’s Jaime, Connor, Nate, and Matt from With My Whole Heart. Oh, and Jordan, Nate’s best friend.) Jericho is finally exposed to the kind of fierce and loyal example for how incredibly sweet love should be, and thinks he might see an echo of the thing that’s always set him apart. Here’s hoping his Coming Out Day gives this precious boy exactly what he needs.

Continuing on …
———
It’s been two years since Trent first watched his husband’s eyes grow misty as they talked seriously about babies. Two years of Trent and Jacob searching for the right clinic, then the right surrogate, and then the ever-elusive “right time.” However, all of their tentative plans come tumbling down when Trent receives a phone call from his hometown. A place he’d long ago left in his rearview mirror, stuffing all the memories associated with his personal Coming Out Day into a deep, dark hole never to be revisited.

Only now, Trent is forced to return because the call is about the murder of his estranged sister, and the health and welfare of a half-grown nephew he didn’t know existed. Thrust into guardianship of Jericho, Trent and Jacob struggle to help the damaged teen deal with his grief, and the hidden reasons behind his mother’s death.

Bet On Us is written within the world first introduced in With My Whole Heart. Be sure to read this sweetly complicated story about family and love.
Page load link
Go to Top