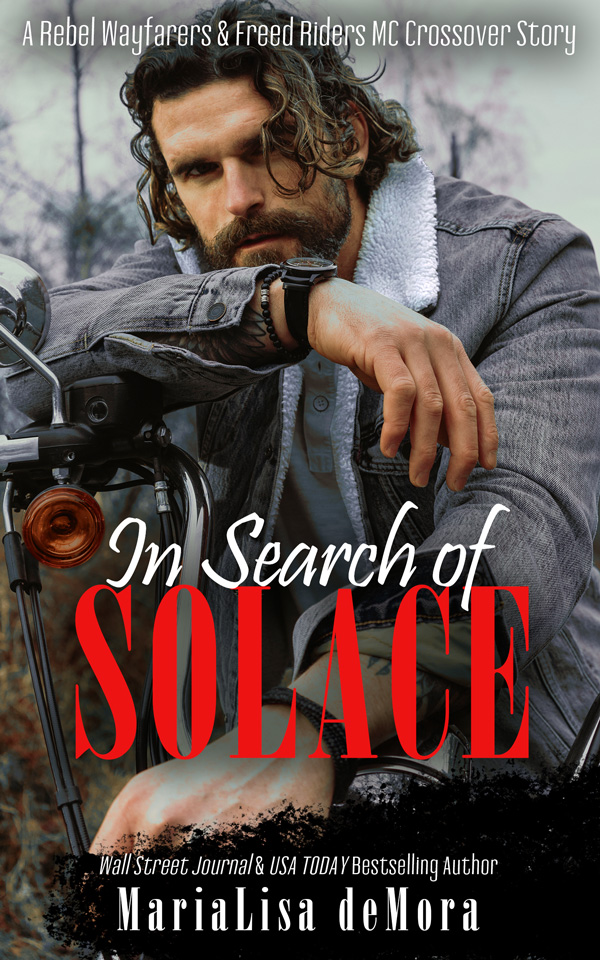 In Search of Solace

Pain and anguish dominated Myrtle’s life. Forced to take things into her own hands, she disappeared into the Kentucky mountains, shrouded in darkness with only the little she could squeeze inside a bag. Days—and hundreds of miles—later, in a different kind of tough spot, Myrt finds herself rescued by a woman who seems too good to be true. Ignoring Myrt’s bruising and desperation, Vanna offers both a place to stay and a hand up.

Slowly settling into her new, charmed life, Myrt is rocked when a van rolls to a stop in the front drive and out steps a stranger. Dark and rough on the outside, he still makes Myrt feel safer than she’s been in years. Could she offer her trust to such a man? Her heart?

Bane, taking on increased responsibilities with the Freed Riders MC out of Northeast Texas, rides to the rescue for the family of an officer with a friendly club. Delivering them safely to Baker, Florida—a dead-ass town in a no man’s land strip of the Gulf coast—is no trouble at all. Until his relaxing ride runs smack into the most perfect woman he’s ever seen. Now he hungers to wrap Myrt up safe in his arms.

Myrt, a woman under the protection of that same friendly club that was the reason he was in the area in the first place.

Well, this is gonna be fun.