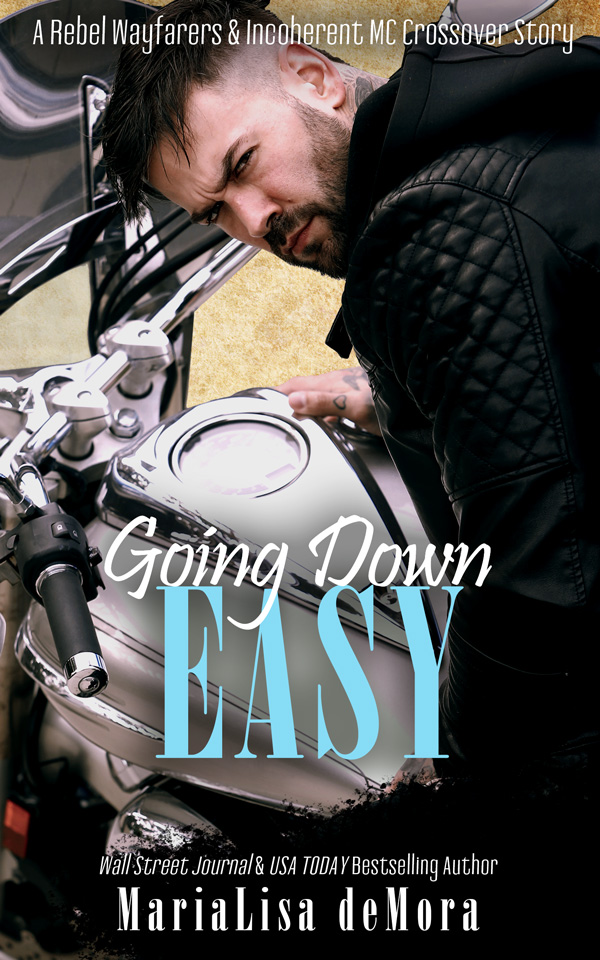 Former Marine Jacob Tinney found a new life within the Rebel Wayfarers MC in Fort Wayne. The club’s members took in Jacob, known as Jock, watched over him as their own, and sustained him with reasons to hold his PTSD at bay for another day.

Into this good life sashayed Silly, Sylvia Perez, a quirky tattoo artist, friend of the club, and woman who hid so much of herself behind a façade. Jock was first intrigued, then enamored, and finally, consumed with lust—and love.

But when Silly is offered the chance of a lifetime to run her own tattoo shop down near the Big Easy, there’s little he can do except tell her goodbye. Until an unexpected suggestion comes his way.

What if he could keep the brotherhood of a club, the camaraderie he needed, and transfer that to another patch?

Could he leave the RWMC and patch over?

Going Down Easy is a crossover book between the Rebel Wayfarers MC and the Incoherent MC (from the Neither This Nor That book series).

Don’t miss No Man’s Land, another crossover book between the Rebel Wayfarers MC and the Incoherent MC (from the Neither This Nor That book series).