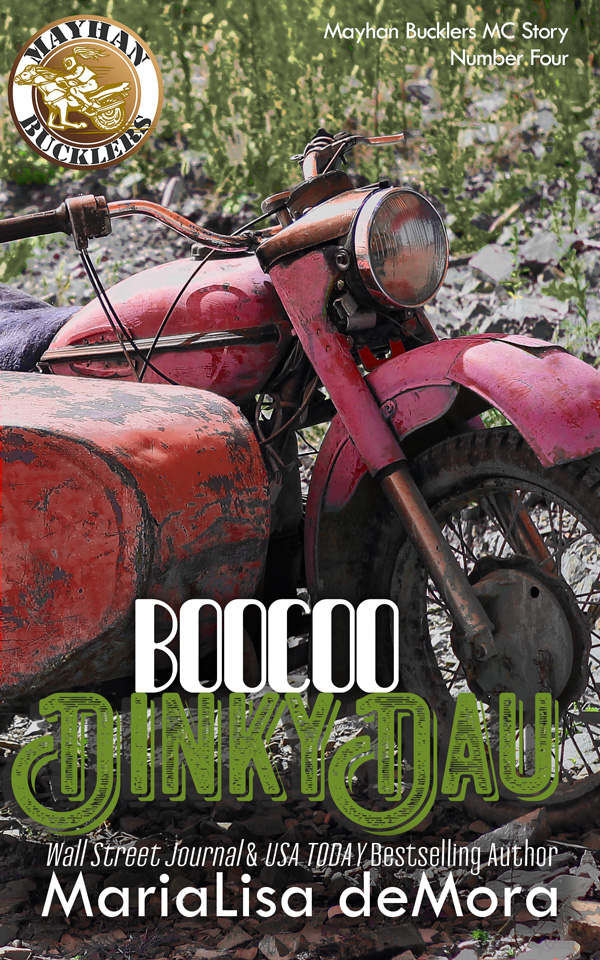 The fourth installment in the Mayhan Bucklers MC romance series. A charming tale of love and acceptance in a sweet May / December gay romance story.

Brian Nelson, also called Brain, has been in the MBMC for as long as any man Oscar and Kirby recruited for the resurrected club. Like so many of them, Brain struggles with demons left from his time in the military. His PTSD and TBI symptoms are relentless and plague every aspect of his life with anger, taunting flashes of forgotten moments, and despair.

Clark Donaldson is an old timer, a member of the original Mayhan Bucklers MC founded by Kirby and Oscar’s grandfather in the aftermath of the brutal Vietnam War. Old Boots has got a thing or two to teach these cherries who want to think they’ve invented the strain and pain of life after the service.

Brain might be an FNG when it comes to the club, but he’s got a lesson or two for Old Boots, too. Welcome to Charm School, old man.